My story,
Why I became a coach and organizational consultant

My path to becoming a leadership coach and organizational development consultant has been anything but straight. My work has taken me around the world from speaking on chemical policy in Europe, to lobbying at the United Nations Treaty Negotiations on Eliminating Persistent Organic Pollutants (POPs) in South Africa, to spreading the meme of biomimicry on almost every continent. I’m grateful for all twists and turns and adventures along the way.

The last job I interviewed for was in 1990. Since then I have co-founded, led and grown five organizations and mission-driven businesses that strive to create a more just and sustainable world. I consider myself a change maker, a serial social impact entrepreneur, a networker, and a lover of the human mind. I know what it takes to build an effective organization and I know how painful, lonely and hard the work can be.

For the last six years I have immersed myself in the science of happiness, mindfulness, meditation and consider myself a life-long student of the nature of consciousness and human potential. I have read extensively and been to countless in-person and on-line workshops with some of the people I admire most in these fields. I bring my three decades of experience creating and running successful organizations and projects, over ten years of immersion in biomimicry and my deep passion for human development to my coaching and consulting. I know from experience that organizations are only as strong and healthy as the minds and hearts of the people in them and that helping people be the best they can be is the greatest investment leaders can make.

Through all of my work I weave my deep love of the natural world and passion for the outdoors. In my spare time I like to hike wild places and am an opportunistic whitewater river guide. I’m an avid photographer (as you can see from my photos on this site), public speaker, environmental and social justice advocate, artist, cook and gardener.

Bryony was born in Zimbabwe and moved to the United States in 1981. She has a BA in Fine Arts from the University of Natal in South Africa and an MS in Environmental Studies from the University of Montana. As an affiliate faculty member at the University of Montana, she taught multiple semester-long courses on topics such as community organizing, women’s leadership, and social change. For ten years she was a co-producer of a feminist radio show, In Other Words. She has received several awards for her work including Montana’s Jeannette Rankin Peacemaker of the Year Award (2002).

Kindkudos
Founder and CEO (2014 – 2017)
Kindkudos was a mobile app designed to deepen the social connection between people and decrease the human drive to over-consume.

The Biomimicry Institute
Co-founder and Executive Director (2006 to 2013)
Working with visionary and author Janine Benyus, Bryony co-founded The Biomimicry Institute to empower people to create nature-inspired solutions for a healthy planet. While at the Institute she created a global biomimicry network establishing biomimicry organizations and projects in Europe, Africa, Asia, Latin and South America and across the US. She and her team partnered with universities around the world to establish biomimicry degree programs and courses including the development of the Biomimicry Center at Arizona State University. She turned the seed vision for www.AskNature.org, the first and only online database of nature’s design solutions, into reality by developing the team, concept and securing the financial resources. Working with musicians Amy Martin and Allison Miller, she helped produce the award-winning children’s music album “Ask the Planet.” In 2010, in collaboration with Benyus, Dayna Baumeister and Chris Allen, she was a founding partner of Biomimicry 3.8, a global innovation consultancy and Montana’s first established B Corporation.

Women’s Voices for the Earth
Bryony worked for 11 years as the Executive Director and then as the National Campaigns Director for Women’s Voices for the Earth (WVE) a non-profit environmental justice organization that she founded in 1995. In the early years of WVE, Bryony co-created GUTS, one of the first outdoor leadership programs for girls. In 2000, she was recruited to build a national grassroots campaign to support the release of “Trade Secrets,” a documentary by Bill Moyer’s exposing the deadly effects of vinyl chloride on workers. In 2001, she co-founded and coordinated Coming Clean, a national alliance of health and environmental groups working to reform chemical policy. From their work in Coming Clean, Bryony and colleagues Stacy Malkan, Charlotte Brody and Jane Houlihan co-founded the Campaign for Safe Cosmetics that generated massive media coverage and engaged thousands of consumers to change their purchases, pressuring the cosmetics industry to increase disclosures and stop using many toxic chemicals.

She is skilled at helping leaders develop higher levels of self-awareness so they can better navigate challenging situations and relationships. Bryony is trained and versed in many of today’s most innovative tools for transformation and collaboration, including: Integral Coaching, Immunity to Change, biomimicry, positive psychology, mindfulness practice, adult development, and Integral theory. Bryony’s passion is working with the next generation of leaders to create a more just and sustainable world.

Bryony has served on many boards including the Alliance for Sustainable Jobs & the Environment, the Social Justice Fund Northwest, Saint Patrick’s Women’s Health Advisory Board, Gross National Happiness and currently serves on the board of Greenpeace USA.

Some of the clients I have worked with

“People who reinvent the world must first reinvent themselves. And Bryony is a master, a true Renaissance woman who is learning all she can, following a multitude of callings, betting the farm again and again, and with each new beginning, layering the lessons into a truly holistic portrait of the world. Bryony’s life is an art form–it’s a wet canvas, a photo emerging from developing fluid, not nearly knowable yet–how many of us can say this?
When Bryony sees something hopeful in the world, she doesn’t just proselytize about how it should happen; she actually makes it happen. She opened an African art store in Missoula Montana because she believed that the art of her homeland deserved to be seen and appreciated. She built an uber-green house while the rest of us were just talking about it. In love with moving water, she got her whitewater guiding license so she could bring newbies into the wild. She started Women’s Voices for the Earth before inclusion of the feminine worldview became obvious and smart. She built an institute for Biomimicry (nature-inspired innovation) from the ground up, when barely a soul had heard of it. And, because she draws a direct line between kindness towards the Earth and kindness towards each other, she found a way for people to express kindness as a daily practice, not a Hallmark moment. When Bryony is moved by something, she builds it out in the real world so the rest of us can experience it firsthand and begin to believe it too.”

Bryony has always seemed to access wisdom beyond her years with a quiet, remarkable courage to shape her narrative. Over time, with deepening convictions, this voice has only strengthened, with a wonderful warmth to enrich its authenticity. She also has an innate curiosity, likely fueling her passion for exploring, with a keen eye, and well-tuned ear, for nuance and subtle detail. Yet she is no bystander in her love for Mother Nature having demonstrated an incredible commitment to her fellow beings, and our planet, to somehow make a measurable, positive difference. These attributes will thread through her delivery as a coach bringing true value to those she’s working with.

All the photographs on this site are Bryony’s.
See more of her photography here 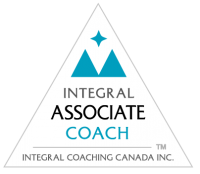